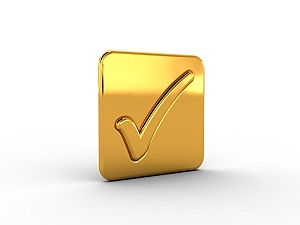 In 1921, the Budget and Accountability Act is passed and thus the General Accountability office (GAO) was created. Thus a new agency appeared as a congressional branch devoted to help the Parliament to assess the federal government. Later, the G.A.O evolved and changed its name, and became the General Accountability Office (GAO) as explained in relevant and instructive document, ‘GAO, what’s in a name.” Constantly evolving, and innovating, the GAO has gained reputation, visibility, and integrity’s image, so that to position itself as the major audit branch of the Government and an agency’s that plays a role model for other public agencies

GAO helps the Congress to exert its oversight’s responsibilities, supported by a legislative framework that has strengthen its powers and independence, the nomination of the Comptroller general, head of the Office, for a mandate of 15 years, being made by the President and subject to the consent of the Congress. By its branch, the G.A.O, Congress can oversee in what extent, the funds it grants to federal government has properly been spent, in compliance with the laws and regulations. In fact, the 1921’s Budget and Accountability Act granted devoted powers to the Comptroller general, and his staff, particularly the following:

Its substantial means, a budget of about $464 million, a staff of 3200 persons including accountants, lawyers, engineers, allow GAO to produce yearly 2700 recommendations whose 83 % are applied.

I. GOING THROUGH A BROADER SCOPE AND COMPREHENSIVE AUDITING

GAO is really an example of office constantly evolving and adjusting to new requirement of its environment. So, in its inception, although it’s mission was essentially devoted to financial audits. Thus GAO, going beyond the tradition vision of financial audit, has progressively enlarged it to a comprehensive audit. This new approach involves, at all level of public sector and of the federal government, not only financial audits, but also performance and prospective audits, evaluations, and more broadly, vital matters of public policy. The audit function, expanding its scope, will involve firstly, financial and compliance audit, then economy, d efficiency, effectiveness and prospective audits…

Compliance involves complying with laws, regulations and other enacted official directives and instructions. That’s thereabouts, the “old” vision or practice of audit, always ongoing, that seeks to oversee the financial management, the related inputs, and in what extent they are managed in compliance with laws, regulations, and the generally accepted accounting’s standards. Usually, in practice, such audit intended to check account’s entries, books and journal is made to certify that “accounting statements have been prepared in accordance with the rules and principles accounting generally accepted, and represent the true and fair view of the assets, financial situation and the net income….” Such audit should force public managers to deal with requirement of best financial management and deal with necessary and periodic visits and controls of the General Accountability Office (G.A.O).

The traditional financial audit, although necessary and vital, somewhere, is limited. It focuses on accounts, financial management and inputs GAO has evolved to go far beyond towards a broader comprehensive vision, including performance audit. In the 1960s, G.A.O was discussing that necessary adjustment, and in 1972s, the agency began an advocacy for appropriate adjustments. So emerge a comprehensive approach around a based-efficiency and effectiveness audit criteria:

That’s thereabouts another G.A.O’s purpose and responsibility leading the audit’s agency to take in charge broader examinations, in short and long term, of the government’s projects and programs’ effects. This kind of evaluation asserts itself through Elmer Staat’s mandate under which were defined professional approach and standards.

Evaluation can involve many types of activities that rely on defined and recognized criteria:

Compliance deals with the following questions:

Effectiveness is related to the far reaching objectives, investigated through the following criteria and questions:

GAO has investigated numerous programs and entities. On this website, at December, 12, 2011, it can be seen published reports on ‘Adult drug Courts”, ‘Managing for results”, “Defense contract”, Mississippi River”, “Transportation Security”, ‘Highway emergency relief” … Among the various cases, it is highlighted the following:

– Irmak’s war audit’s case where GAO discovered many financial wrongdoings and wastes, for instance the loss of 190,000 arms, as assault rifles and pistols, illegal use of funds, overbilled services and supplies;
– Internal Revenue Service audit by which G.A.O found that this agency doesn’t properly take in account the tax return of high-income people;
– Stanford University’s case at which it has been discovered that the Office of Naval Research has been overcharged.

Generally, G.A.O makes appropriate recommendations that are implemented, but beyond he tries to translate what he recommends to others in its management framework, giving some example of best practices, and measuring its own performance. So it has published performance indicators that establish savings, benefiting to the Government, amounting $354 billion in 2003, or a $78 return on each dollar given to the agency and included in its budget.

Sometimes, political reasons and self-interest aims can be behind an evaluation. Facing that reality, an Inspector general must find the best way to take in charge that constraint. Literature gives some reasons to do evaluation, according to political or self-interests’ motives…

A. Understanding through the Coroll Weiss’ Model

According to Caroll H. Weiss, there are four political reasons to do evaluations:

Ultimately, there are necessarily self-interest’s motives behind an evaluation, either to gain support of actors and stakeholders, even donors and funders. Such strategy can involve using evaluation as a promotional tool, and making understood and backed ideas and objectives. But, in fact, evaluations also can be used just to provide useful and disinterested updates that allow to plan, reorganize, decide, monitor, using lessons learned to adjust an ongoing project or program…

B. Dealing with political constraint as Inspector general

International norms, deontology, are the watchdog of an Inspector general. He must refer to them and his own conscious. So international norms of auditors, whether they apply to internal or external audit, commands impartial and unbiased attitudes, an audit activity free of interference. Thus a political evaluation has been made, an Inspector general acting in such environment must, without a priori bias, and referring to the major audit’s principle of professional skepticism consider the ‘political evaluation” as input for the audit work. Then, he must keep objectivity and make appropriate inquiries. The political side can help this auditor to better understand the context’s requirements, mainly at the planning’s phase. In all cases, he must report fairly on the quality assurance and necessary improvement, referring to evaluation criteria as effectiveness, efficiency, and so on.

GAO is a model of innovative and best organization whose expertise and professionalism are well-known abroad. It has constantly, through the knowledge acquired classical audit, innovated and reinvented. Beyond its audits and evaluations, it strives to be a public management model by its internal planning strategic methods and evaluation. Moreover, the comprehensive audit means a large perspective mixing audit properly so called, and evaluation, as defined above. 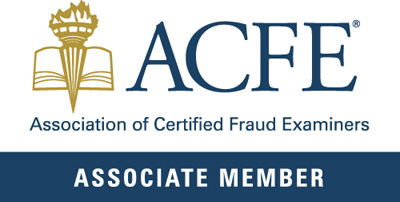 Analysis of and commentary on South African politics from a liberal perspective.

Transforming the Consciousness with which Organizations, Individuals and Society Operate